It all began in a backyard in the Allegheny Mountains of Pennsylvania, and the quest to make the perfect rack of ribs on a beat-up old Weber kettle grill. Trial and error. Eating mistakes. Searching for the right spices, the right woods (hickory and apple, btw) and perfecting fire-tending skills.

Five years later, Hog Wild's ragtag crew of barbecue pirates, foodies and nutjobs hit the ribfest circuit and quickly racked up 18 national awards for their outstanding ribs, pulled pork and sweet Hog Sauce. Their barbecue has been compared to some of the most well-known BBQ restaurants in America in Texas, Memphis and the Carolinas. In the meantime, they opened a catering company in northwestern Pennsylvania and were soon serving food for events as large as 1,800 pepple. Next stop? A BBQ joint in Warren, Pa. in 2012. And now they are working on expansion to Erie and Pittsburgh.

Low and slow--we create our mouthwatering barbecue the old-fashioned way, smoking our ribs, pork, brisket and chicken over a hardwood fire until it's so tender it falls off the bone. The Carolinas, Memphis, Texas, Kansas City--we got it all rolled into one at Hog Wild. Our 'cue is authentic, our sauces made in small batches in our kitchen, our sides homemade (p.s. the redskin potato salad is Grandma Rose's recipe).

Sit back, take a load off, sip a cold beer and enjoy a lil' taste of the South. 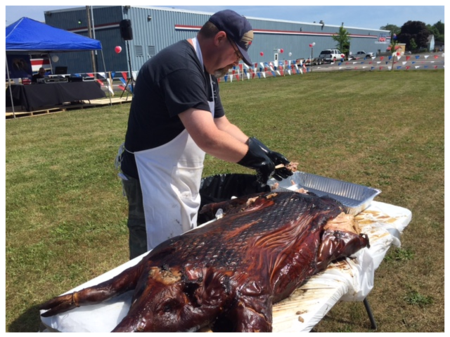 Our jack-of-all-trades. 'Grandpa' Dave is Hog Wild's behind-the-scenes guy, handling prep work at our commercial kitchen, handling inventory at our restaurants, fixing things Dean and Shane break, and going onsite for catering events. He also cooks a MEAN chicken. Dave is our local celebrity, appearing on Animal Planet's "Finding Bigfoot." He is also a noted storyteller, sharing his wealth of local history while dressed in Colonial garb to various organizations across Warren County. 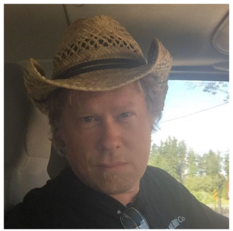 Shane can be found over the summer tending the fires of Hog Wild's smokers and creating some of the best barbecue in America as a noted award-winning pit boss. His hobbies include Captain Morgan spiced rum, watching the Pittsburgh Pirates and keeping Dean sane. 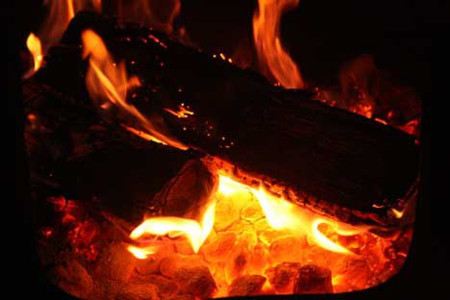 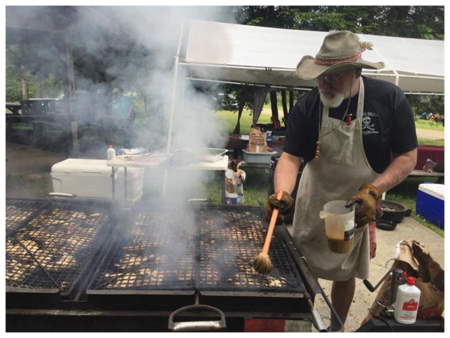